The tech giant Google’s YouTube banned certain varieties of pranks which they found might harm others.The film called birdbox lead to people with a craze of doing day to day things blindfolded and lead many to dangerous situations. 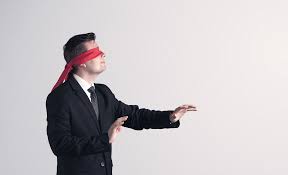 The move comes in response to so-called “challenges” that have sometimes resulted in death or injury.

A Buzz feed report shows that,how images depicting, or alluding to, bestiality were still appearing on the site – despite a pledge last April to remove the material.

Some of the prank videos had attracted many millions of views. YouTube said it “worked to aggressively enforce our monetisation policies to eliminate the incentive for this abuse”.

Youtube also embedded some of the instructions into its terms and condition part,enforcing its new rules on pranks may prove even more difficult, given ambiguity over what may or may not be considered harmful.

“Our Community Guidelines prohibit content that encourages dangerous activities that are likely to result in serious harm, and today clarifying what this means for dangerous challenges and pranks.”you tube claimed.

Considering the recent changes youtube also taken some precautions on posting child traumatizing videos.The site added: “We also don’t allow pranks that cause children to experience severe emotional distress, meaning something so bad that it could leave the child traumatized for life.”