The prices of fuel are breaking records every day and touching new heights. In the scenario putting holes in the pockets of common people it certainly does make for a luxury gift item. 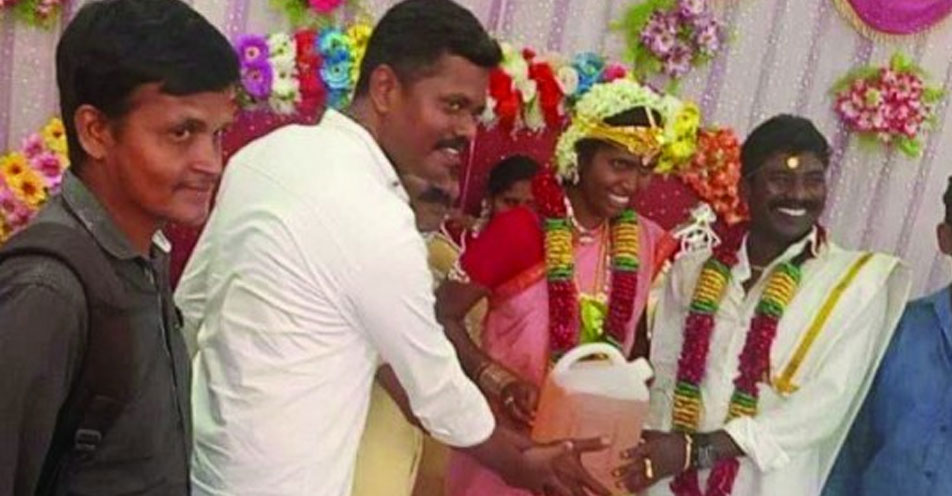 In Tamil Nadu, newly-weds received five litres of petrol as a wedding gift. According to a report by a Tamil news channel, the young man and his newly wedded wife were greeting guests at a marriage hall when his friends trooped in and gave him the petrol in a five litre can as a gift.

The man received the gift amid laughter all around, a 39-second video clip telecast by the channel showed. Petrol price touched Rs 85.15 per litre in Tamil Nadu, one of the highest in the country, and the fuel symbolised a commodity worthy of being given as a gift, his friends said.

Using drug in music fest; 7 Dead and 3 in coma

The real reason behind sachin's departure from kerala blasters is 'economics'