by staffreporter
in Kerala
0

Kerala have had the largest monsoon rainfall ever since 1924. The state has suffered such a tragedy when the state is in the process of hurting the cyclone.

Government has come up with many provisions to the victims of the calamities, do support the scheme with the government and be the helping hands for the most needed. There are many organisations came up for fund raising and the funds are not reaching the deserved ones. Many private organisations which has bloomed yesterday claimed to be genuine have come with the fund raising schemes which is not reaching the deserved people. So kindly support the campaign with government fund raising schemes without falling into the pitfalls of the fake organisation. You never change life until you step out of the comfort zone. Last few days have been an eye opener to witness the life can change in a few minutes. For many their homes have become the Past, a past to reference they have become homeless overnight. Do support the campaign through the proper channels. The government has come up with the following strategies to make the life of the miserable to a tacked ones.

According to preliminary estimates, there is a loss of around Rs 8,316 crore in the state. As many as 38 people were killed and four were reported missing. About 20,000 homes have been completely destroyed. 439 relief camps were started in the state. Nearly 10,000 km roads have been damaged. This is in addition to local roads and bridges. Many bridges are rebuilt or strengthened. Some areas are isolated.

There has been a massive loss of agricultural resources. This has also resulted in ecological problems that have been caused by spillage. There are 27 dams in Kerala to be opened as part of this. The rivers overflowed in many places. There was an outbreak in 215 locations. Widespread crops have also occurred. There are also families whose pets are the only source of income. Drinking water in cities has been disrupted. The issue of polluting the reservoirs increased.

Many people are going to have homes in the house and the house is being broken up. More than 60,000 people have already been sheltered in relief camps since the second phase of the floods. About 30,000 people are still dependent on relief camps. This will take a long time to return to normal life. In low-lying areas where water flows, still water and mud stays lying down.

There have been unparalleled rescue operations. Ministers led the rescue operations in their respective districts. People’s representatives and political party representatives were active. Food, clothes, water, and sanitation could be set up without complaints. Government systems were active. The 24 hour running control rooms were functioning in the districts and the capital. Red alert announced after heavy rains. Rescue operations led by the Disaster Relief Officer, Air Force, Navy personnel, Coast Guard, Revenue Officers, Police and Fire force have been honoured. Volunteers were also active. The strength of the district collectors and the staff members who have been specially appointed to Ernakulam and Wayanad districts are notable. The delegation, including the Leader of the Opposition, visited the flood victims and discussed with the Union Home Minister. The government does not see any political party in relief work. Interest in the country and people is important.

The coordination and co-operation conducted at the state centre helped to improve rescue operations and reduce the impact of the disaster. Thanks to all the people who have forgotten their hands and hell to cope with unparalleled hardship, all those who cooperated in the rescue operations. Still requesting this cooperation.

Prime Minister and Union Ministers intervened and assisted them. The role and contribution of the Honourable Governor is exemplary. The Central Committee visited our state and understood the new situation before the visit was complete. Home Minister Rajnath Singh told reporters after visiting the affected areas and saying “the floods in Kerala are unusually serious”

The demand for immediate central assistance of Rs 1220 crore was presented before Rajnath Singh. The need to be based on the initial assessment. The state has also put forward the need to send the Central Committee again, since the actual loss of water can be estimated after the water has gone down. Considering the limitations of the National Disaster Management Fund’s guidelines, the demand for compensation for compensation has been raised.

The chief ministers and political parties in neighbouring states were supporting and supporting the relief work. Many individuals and organizations within and outside the state have come forward to assist with relief work. Malayalis  around the globe  have voluntarily come forward to provide their own assistance. The media also contributed to the task of taking over as the country’s suffering.

Resident associations, social organizations, etc. were among those who helped. IT companies too were in the forefront of this. Those who were given to the relief fund for the celebrations, the other state distributed in the relief camp for sale, the first wage donor, After all, even as the dog was not too young, even the children sent money to their chief minister to thank him.

The following decisions have been taken by the Cabinet of Ministers to make common grounds and reconstructing our country. 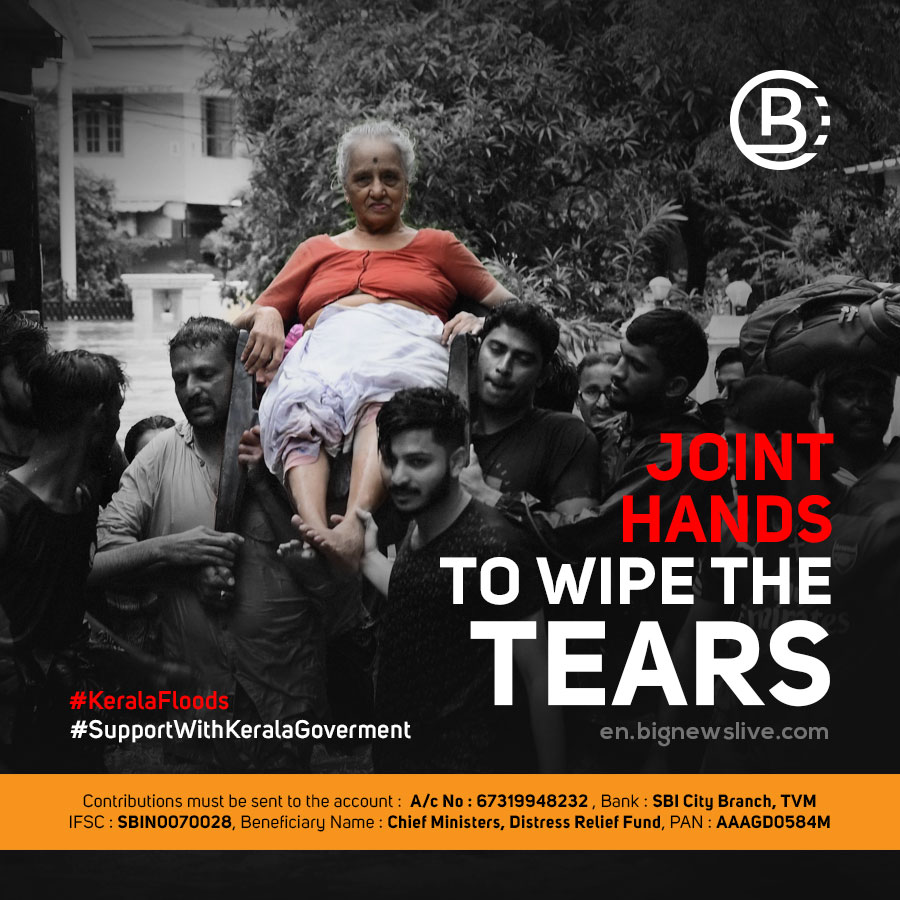 Alia Bhatt on her 'clash' with Katrina Kaif on boyfriend