by Manjusha P Mohanan
in Technology
0

Just two days after announcing a new Rs 119 plan with unlimited calling for 28 days for its budget prepaid users, Vodafone has now added a new plan voucher for its prepaid users, giving them benefits up to a whole year. The new 1,999 prepaid plan voucher comes as an improvised alternative to the Rs 1,499 prepaid plan which was rolled out last month, both of which will now offer a validity of 365 days.

The new Rs 1,999 plan voucher for Vodafone prepaid users offers daily data benefits of 1.5GB in addition to unlimited local, national and roaming calling. The plan also offers up to 100 free SMS per day, all of which can be accessed throughout a whole year. There’s no Fair Usage Policy (FUP) limit on voice calling either as Vodafone joins Jio in offering truly unlimited voice calling benefits. 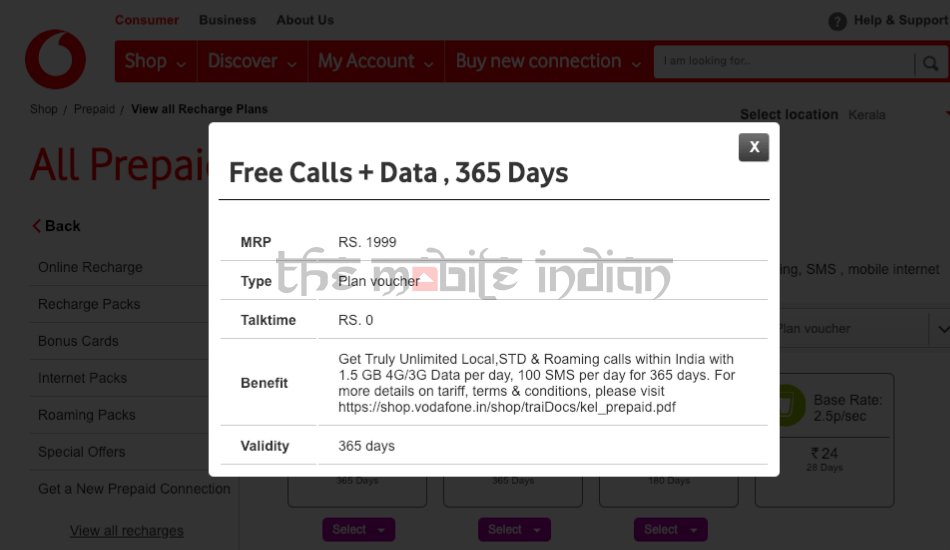 The latest plan voucher will be exclusively available for the Vodafone users in the Kerala circle. The Rs 1,999 plan voucher is an open-market plan, meaning it can be recharged with by any user inside the region. Having already announced it for Kerala, we expect this plan to hit other circles across the country in the near future.

Additionally, Vodafone has also revised the price of its Rs 1,499 plan voucher and has hiked it to Rs 1,699. The plan, however, offers the same benefits as the last one which includes unlimited calling without any cap, 1GB data per day for 365 days and 100 SMS per day. 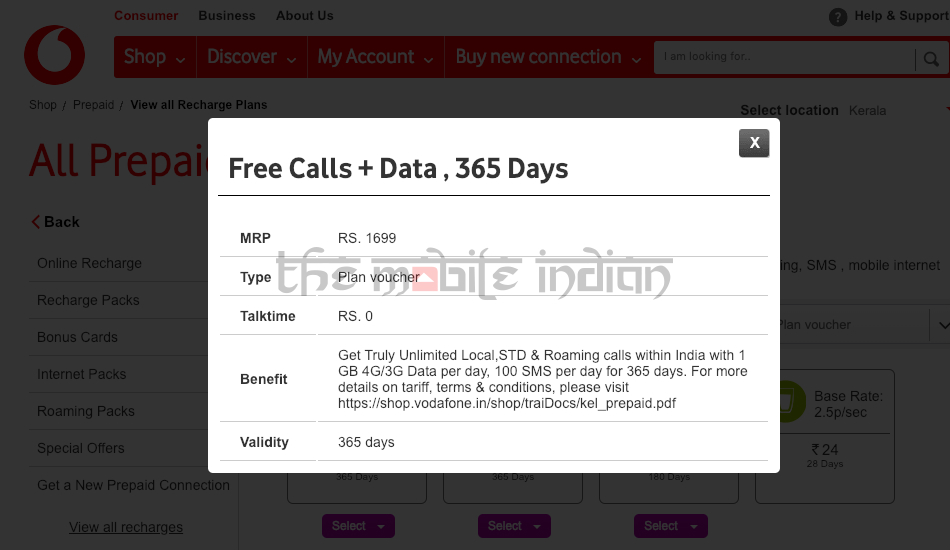 Vodafone’s Rs 1,699 and Rs 1,999 prepaid plan thus offer users options depending upon their use cases. The Rs 1,699 with 1GB data per day is for someone who barely uses their mobile data but only does when they’re out of their house. The Rs 1,999, on the other hand, is for those who are willingly going to need that much of data on a daily basis for a year long.

TCS ranked No.1 employer in UK for the second time