Cristiano Ronaldo suffered a thigh injury during Portugal's 1-1 draw against Serbia in the Euro 2020 football qualifier, with Fernando Santos and Tadic scoring for their respective teams.

Cristiano Ronaldo went off injured as Portugal was held to a 1-1 draw by Serbia in a frantic Euro 2020 qualifier in Lisbon.

A goalless draw with Ukraine in its opening Group B fixture on Friday put the pressure on Portugal heading into Monday’s encounter, and its task was made more difficult when Ronaldo appeared to suffer a hamstring injury before the half-hour mark.

He received quick treatment from members of the medical team before returning to action but was replaced by Pizzi minutes later as Pepe took over the skipper’s armband. 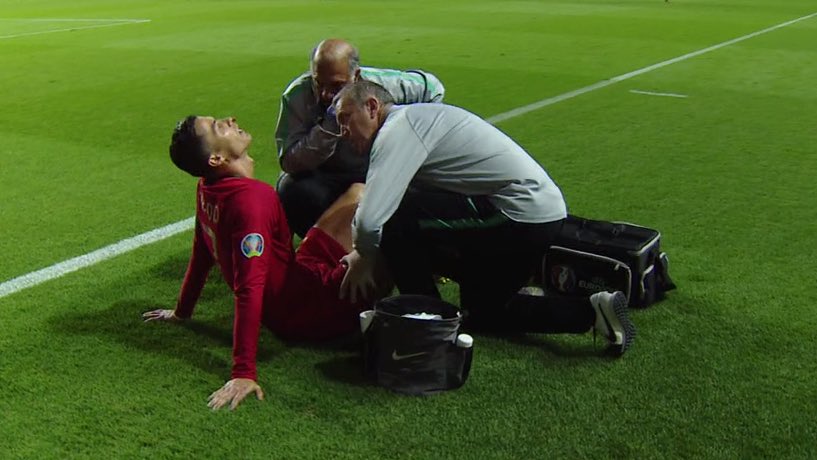 Next for Portugal is a Nations League semi-final against Switzerland on June 5 and Serbia travel to Kiev in a Euro 2020 qualifier two days later.

Baby boom at US hospital, 9 nurses pregnant at same time