by Dayana Antony
in News
0

The post-blast images of the Jaish-e-Mohammed terrorist training camp in Pakistan’s Balakot visibly proves the four penetration point on the large building in the camp. 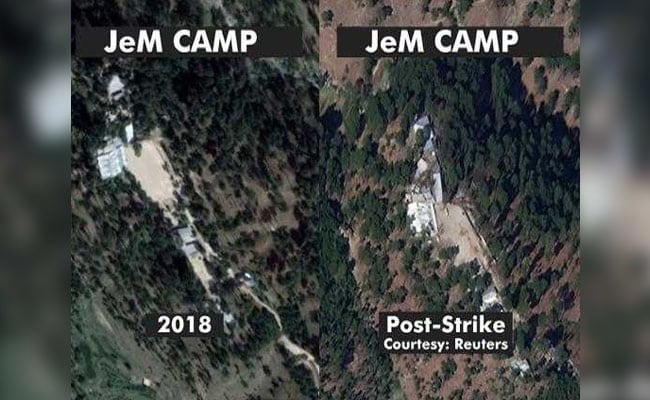 Earlier on Wednesday, news agency Reuters, quoting satellite imagery experts, had disputed the claim of the Indian Air Force and the Government of India that they had successfully struck the Jaish-e-Mohammed’s Balakot camp.

On Monday, the Chief of Air Staff BS Dhanoa said, “The target has been clearly amplified by the Foreign Secretary in his statement and if we planned to hit the target, we hit the target… otherwise why would they (Pakistan) have responded? If we had dropped bombs in the jungle, there would have been no need to respond.”