Priyanka Chopra has been in the news for a lot of reasons. First, it was for her budding romance with American singer-composer Nick Jonas and recently for dropping out of Salman Khan starrer Bharat. Ali Abbas Zafar later confirmed Priyanka’s exit from the film, hinting at her impending wedding with beau Nick. However, that doesn’t stop various speculations doing the rounds about her sudden dropping out from the flick.

There were strong whispers that PeeCee was upset with the way Zafar had been adding to the cast of Bharat and thereby minimizing her own screen time. And now, the latest reports suggest that Priyanka’s exit from Bharat might have got to do something with Hollywood hearthrob Chris Pratt. 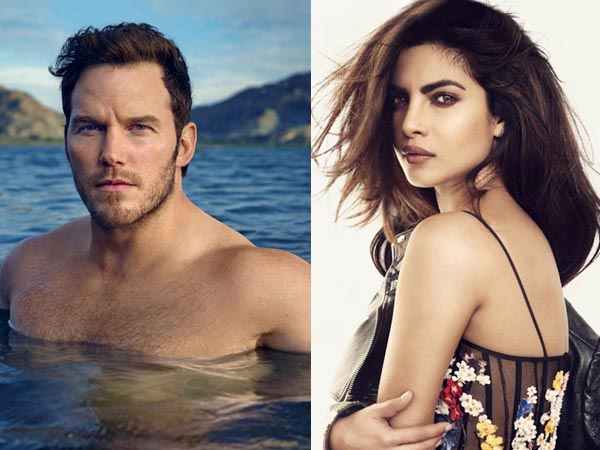 As per a Hollywood Reporter.com, Priyanka Chopra has landed the female lead opposite Chris Pratt in Universal’s Cowboy Ninja Viking.Hollywood’s handsome hunk who has starred in the TV series Parks and Recreation and films like Guardians of the Galaxy series, Avengers: Infinity War and the most recent Jurassic World series is doing a film with PeeCee!

The report further states that the film will be helmed by Michelle MacLaren of the ‘Game Of Thrones’ fame.The Hollywood Reporter article further states that the film is based on the Image Comics graphic novel by A.J. Lieberman and illustrator Riley Rossmo. The plot revolves around a counter-intelligence unit formed by psychotherapist Dr. Sebastian Ghislain, who transforms agents known as Triplets, a reference to multiple personalities. Pratt is playing a formidable agent with the fighting skills and personalities of a cowboy, a ninja, and a viking.

Apparently, many A-list actresses were vying for the role, but it was Priyanka who finally ended up bagging the role.

The Shocking Response of Bihar's Child Rapes accused on arrest