Superstar Rajinikanth and Akshay Kumar starrer Robo 2.0 is the most awaited movie as of now, but sadly, the release date has been postponed thrice leaving the audiences disappointed. However, people have faith on director Shankar, as he’s doing everything possible to make the VFX look as real as possible, so that the audiences can have one helluva experience.

The music director of Robo 2.0 AR Rahman opened up about the climax scene of the movie at the Rajeev Masand show and also praised Shankar for his commitment to the movie. “What’s good about Shankar is this project, he is the right person. Anyone else would have broken by now. He is like an iron man held on to it saying “I won’t compromise. I want this quality. It’s in 3D, I just watched one song. No CG on it…mindblowing. Only this guy can do this. And there is a whole climax scene, which is incredible.” 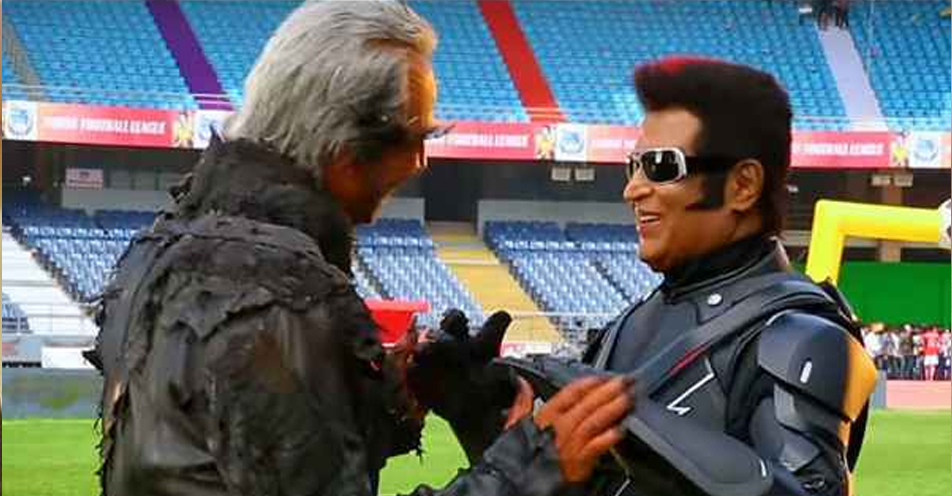 AR Rahman just said that Robo 2.0’s climax scene is incredible and now we’re all eager for the movie to hit the theatres. “And for an Indian to think like that we are blessed to have [Shankar]. And, of course, Superstar [Rajinikanth] and Akshay ji.” said the oscar award winner.

Robo 2.0 is made on a budget of Rs 400 Crore and the stakes are very high as the movie depends on the VFX, which Shankar is working on right now. Touted as India’s most expensive film, any mistake on the VFX part woukd prove costly to the film-makers.Robo 2.0 stars superstar Rajinikanth, Akshay Kumar and Amy Jackson in the lead roles and the film is scheduled to hit the theatres on November 29, 2018.

It's BJP-RSS vs rest of India; Rahul Gandhi