The Brightest Comet to Visit Earth in this Christmas Month

The 46P/Wirtanen coment will pass nearby earth on Sunday 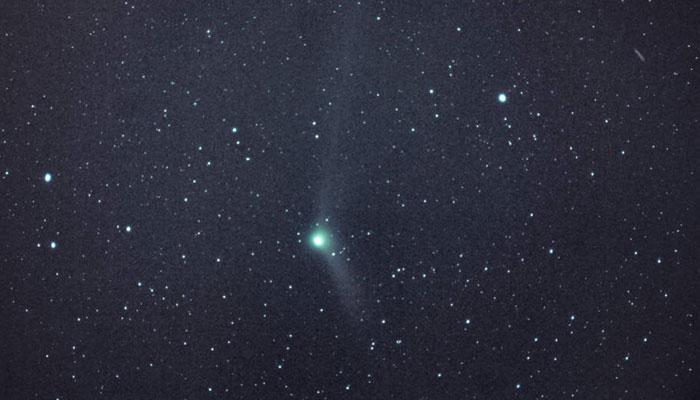 One of the brightest comet 46P/Wirtanen will come closer by earth on Sunday,even visible to naked eyes. The“brightest comet” is set to make one of the 10 closest comet flybys of Earth in 70 years.

It will come closer distance of 11.4 million kilometres or 30 lunar distances nearby Earth, which is even considered unusual by stargazers.

As per NASA reports,the comet was already visible through telescope and if possible one can observe that by naked eyes during the occasion.

This comet was named after the astronomer who found it, Carl Wirtanen in 1948, then named 46P/Wirtanen. This is one of the short-period comet having a width of 1.1 kilometres, orbits the Sun within once every 5.4 years.

Apart from its close visit, a group of astronomers under University of Maryland is having a plan to conduct observation campaign to study hyperactive features of comets.

The campaign would go in-depth by having scientific study of the properties of this “hyperactive” comet which emits more water than expected, given its relatively small nucleus.

PM Will Make a Visit to UP: First Visit After Election Results