by Dayana Antony
in Bollywood, Movies
0

The much awaited teaser of Karan Johar’s kalank is out.

Directed by Abhishek Varman and starring Varun Dhawan, Alia Bhatt, Sonakshi Sinha, Aditya Roy Kapur, Madhuri Dixit and Sanjay Dutt, Kalank is set in the 1940s.The producers have paid a lot of attention to detail in order to bring that era alive.

The teaser starts with the eye-winning look of Maduri Dixit.Her look in Kalank is similar to the one in Sanjay Leela Bansali’s Devdas. 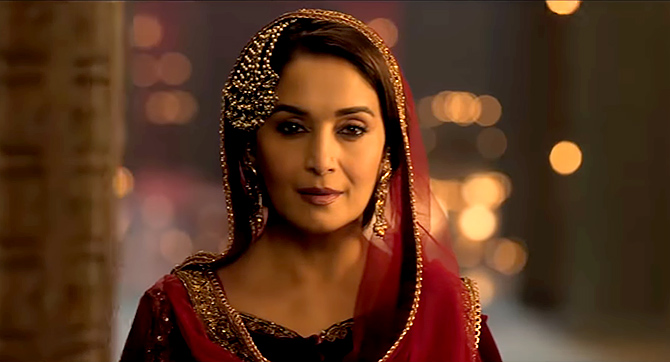 The teaser seems to say that Zafar (Varun) and Roop (Alia) love each other, but the latter ends up marrying Dev (Aditya).
Sonakshi Sinha is depicted as a young girl with too much sorrow in her eyes,while sitting aside Sanjay Dutt.
The background score of the film is amazing and thus it sounds great with the mind-boggling cinematography.
Aditya Roy Kapoor’s Dev is depicted as a royal groom in the teaser,who he is happened to marry Alia’s character Roop.

The fierce and stunning look of Varun Dhawan,who he is seen in a bull fight seen is really catchy.