Bollywood actress Priyanka Chopra attended the royal wedding on May 19 dressed formally. The actress looked quite royal in a lavender Vivienne Westwood skirt and blazer combo paired with a classy hat.

Priyanka, who is close friends with Meghan Markle-who married to Britain’s Prince Harry today, attended the royal ceremony at The Jenny McCarthy Show. The couple’s wedding comes six months after they announced their engagement to the world.

Take a look at what Priyanka Chopra wore to the royal wedding: 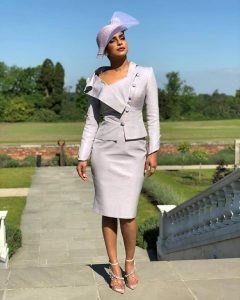 Priyanka Chopra arrived with Meghan’s other friends some of them also from the Suits family. Celebrities like Oprah Winfrey, George and Amal Clooney, David and Victoria Beckham, singer James Blunt, Idris Elba and Serena Williams arrived to celebrate the royal wedding.

Jeethu Joseph: Drishyam director is the latest import from Mollywood to Bollywood