President Ram Nath Kovind today conferred the Gandhi Peace Prize for 2015, 16, 17 and 18 at a function in Rashtrapati Bhavan.

President Ram Nath Kovind here on Tuesday conferred the Gandhi Peace Prize for 2015, 16, 17 and 18 at a function in Rashtrapati Bhavan.

For 2015, Vivekananda Kendra, Kanyakumari was given the award for its contribution in Rural Development, Education and Development of natural resources. 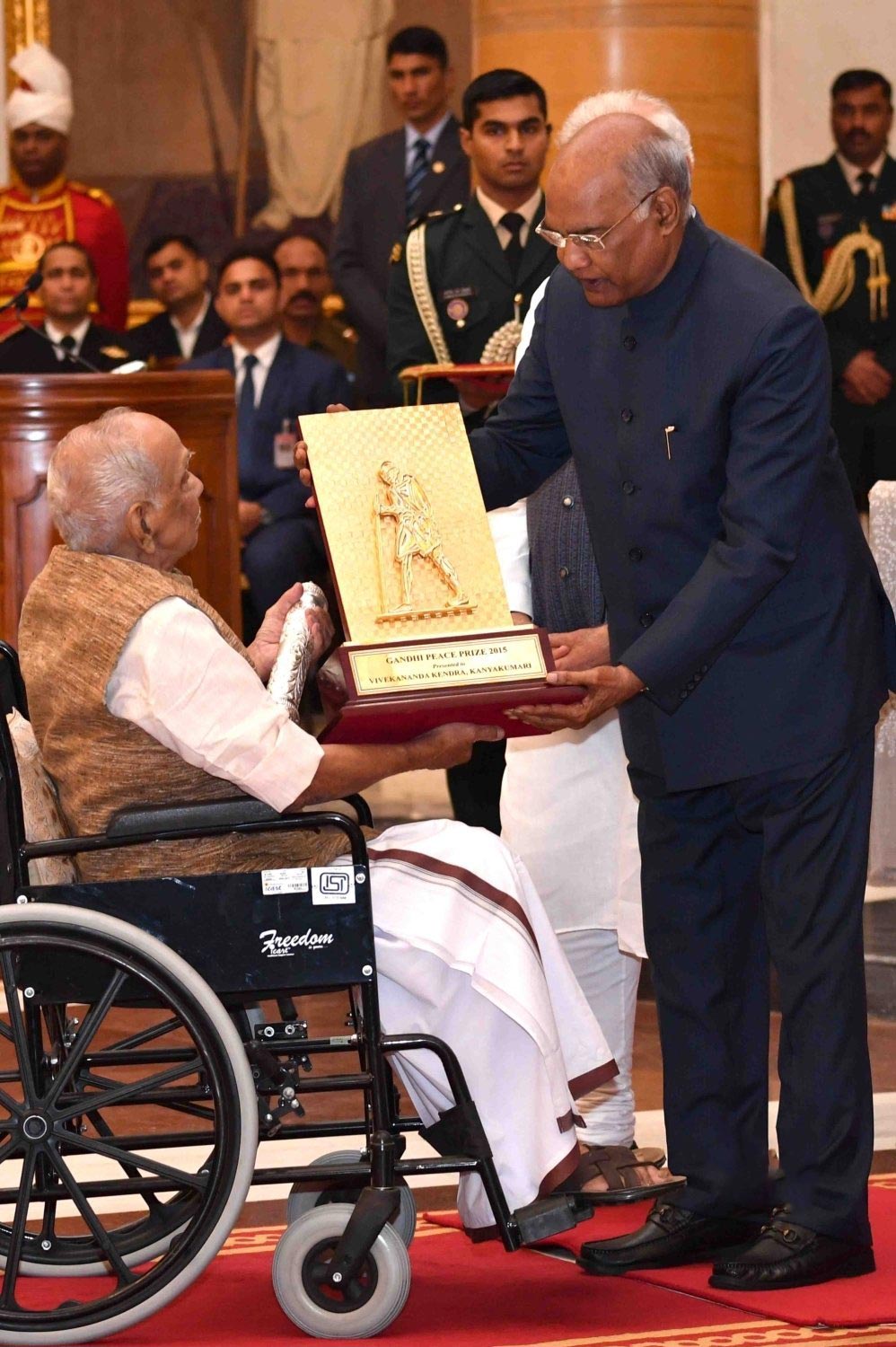 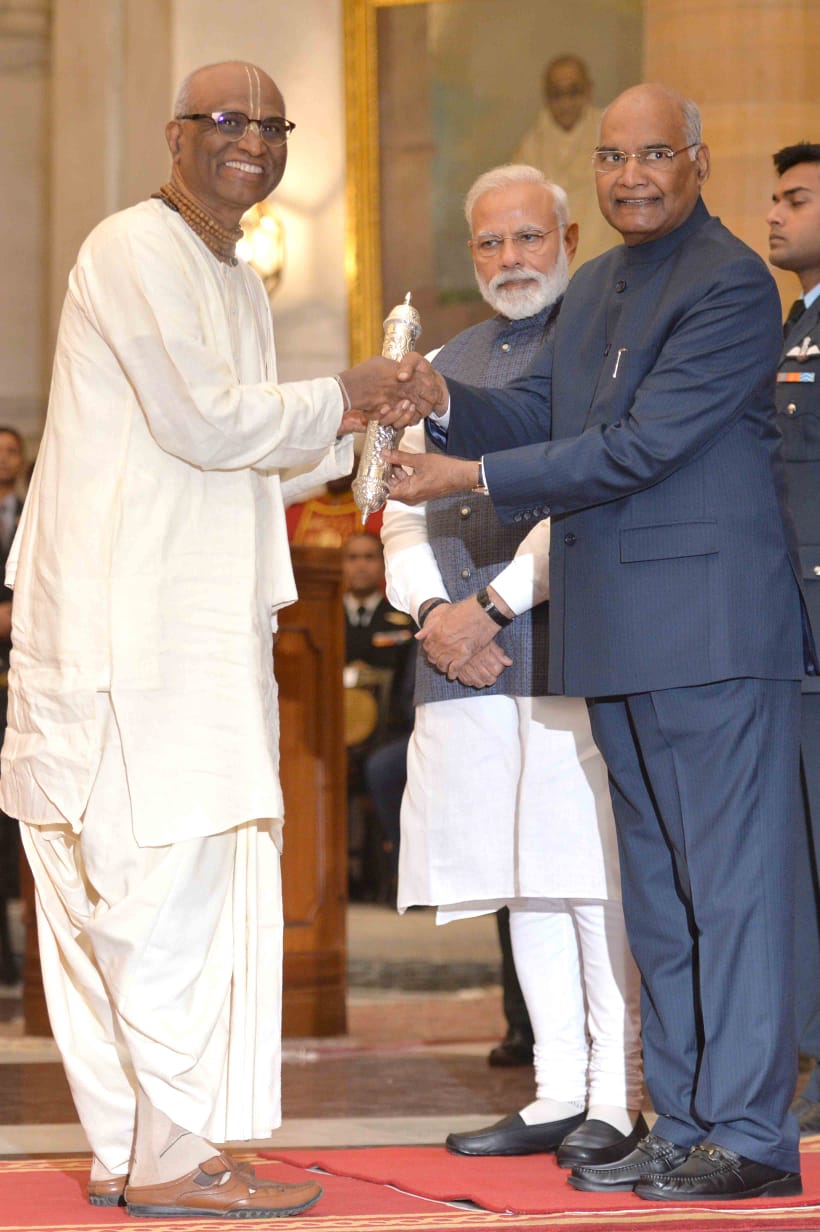 Ekal Abhiyan Trust was conferred the award for 2017 for its contribution in providing Education for Rural and Tribal Children in remote areas pan India, Rural Empowerment, Gender and Social Equality. 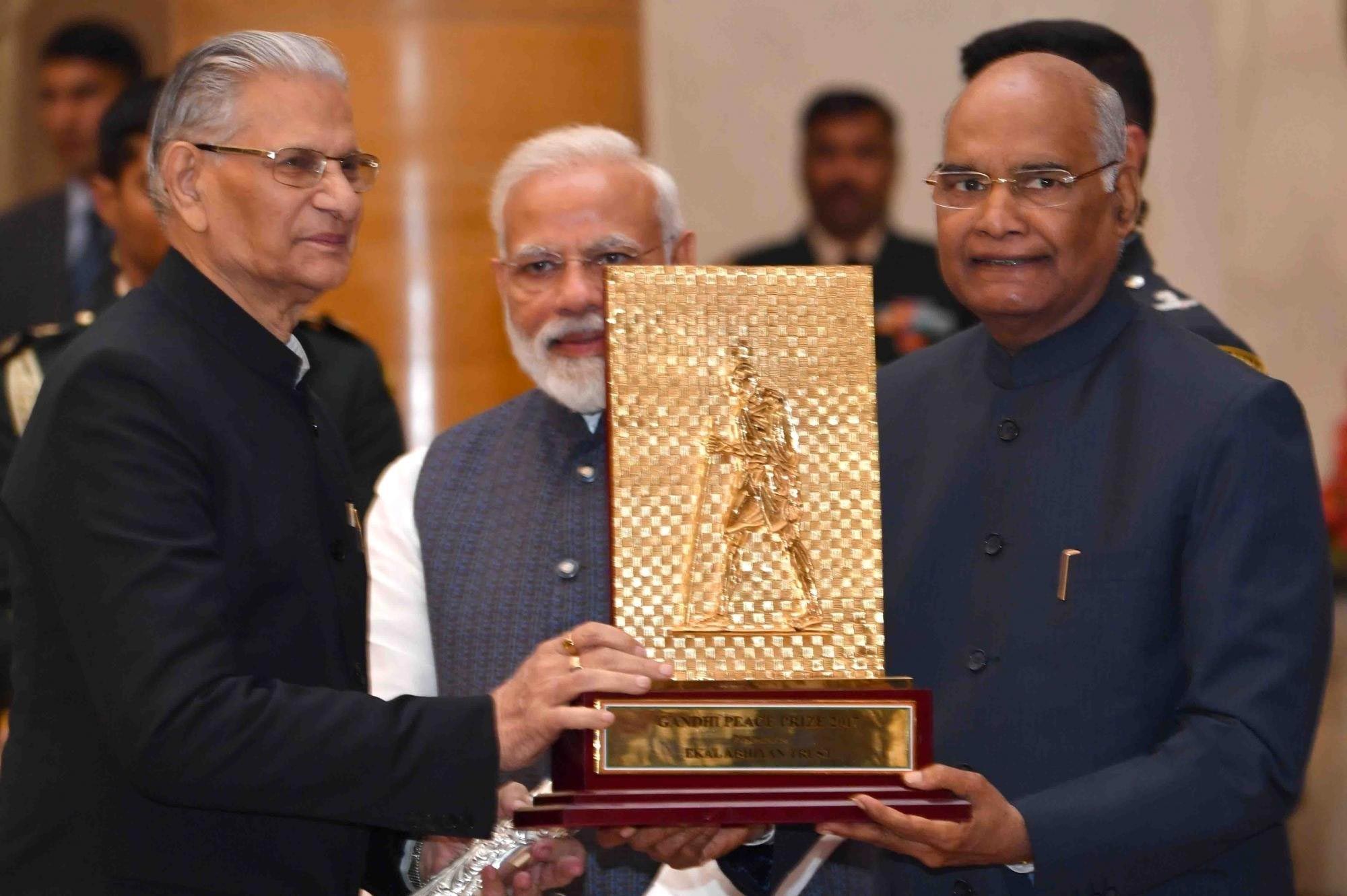 For 2018, Japan’s Yohei Sasakawa was given the prize for his contribution in Leprosy Eradication in India and across the world.

The award, comprises a cash award of one crore rupees, a citation in a scroll, a plaque and a traditional handicraft item.

Instituted in 1995 on the occasion of the 125th birth anniversary of Mahatma Gandhi, the annual award is given to individuals and institutions for their contribution towards social, economic and political transformation through non-violence and other Gandhian methods.

Speaking on the occasion, Mr Kovind said, Gandhian thinking has influenced some of the greatest of the age. He said, Mahatma Gandhi’s thoughts are invaluable to any understanding of contemporary human history, and of the quest to redress oppression and inequity. The President said, in his advocacy of sustainability, ecological sensitivity and living in harmony with nature, the father of the nation anticipated some of the pressing challenges of the times.

Addressing the gathering, Mr Modi said, the prize is being conferred at a time when India marks the 150th birth anniversary of Mahatma Gandhi.

He said, the freedom struggle became a mass movement due to the visionary efforts of the father of the nation, adding that Bapu merged the streams of Jan Bhagidari and Jan Andolan. The Prime Minister said, the Mahatma instilled a spirit in every person that they are doing something for India’s freedom.

'World has seen the “power” of India', says PM Modi addressing the rally in Rajasthan's Churu