Paris,Singapore and Tokyo on the top of the world as the expensive cities

Bengaluru,Chennai and New Delhi are among the top 10 cheapest cities to reside list

The annual Economist intelligence unit survey shows Paris on the top of the world’s most expensive cities.

Paris along with Singapore and Tokyo come up as the most expensive cities to live a luxurious and expensive life.

The survey compares the cost of 160 items, such as food, drink, transport, utility bills, and rent, in 133 cities.

It then tracks whether prices have gone up or down by comparing them with the cost of living in New York, which is used as a benchmark.The annual index was designed to help companies calculate cost-of-living expenses for expatriates and business travellers.

The survey also analysed the cheapest cities to live in the world,among which India’s Bengaluru,Chennai and New Delhi also come up among the top 10.

It also said a “growing number of locations” were becoming cheaper because of the impact of political or economic disruption, citing crisis-hit Caracas in Venezuela and war-torn Damascus in Syria, which are at the bottom of the list. 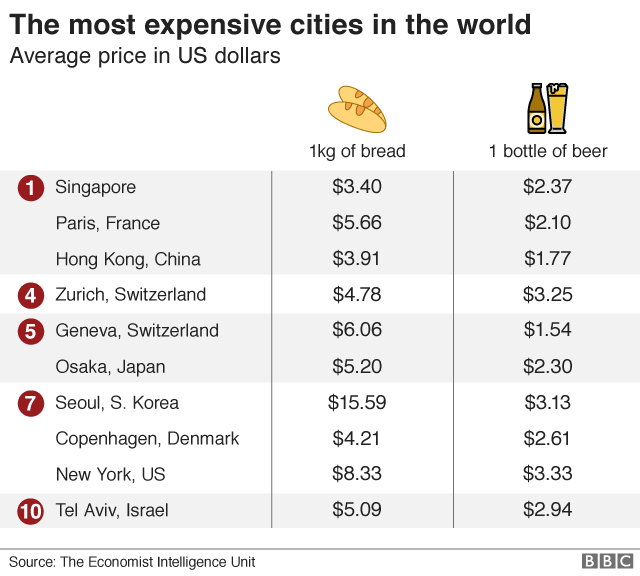 The most expensive cities in the world

Caracas in Venezuela, where inflation neared 1,000,000% last year forcing the government to launch a new currency, was ranked the least expensive city in this year’s survey.

The 10 cheapest cities in the world