by Online Reporter
in Football, Sports
0

Neymar achieved the feat on his first start since suffering a broken metatarsal in February, finding the net after 63 minutes of Brazil’s final pre-World Cup friendly against Austria in Vienna.

Some sublime trickery left home defender Aleksandar Dragovic on the seat of his shorts before Neymar coolly slotted home to put Tite’s side 2-0 up.

Goal number 55 came after crashing in a superb goal as a second-half substitute versus Croatia at Anfield last weekend to seal a 2-0 victory.

The 26-year-old needs just seven more goals to draw level with former Barcelona and Real Madrid striker Ronaldo (62).
“For me it is a great honour, great happiness to reach Romario, to be among the top scorers of the Brazilian team,” the PSG star told reporters after the match.

Neymar’s ultimate target will be to catch a fellow Santos icon in Pele, who remains well clear at the top of the list on 77. 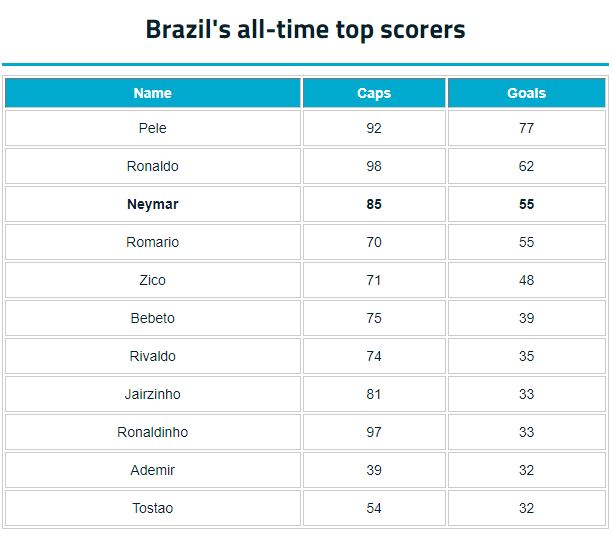 Anjali Menon's movie with Parvathy, Prithviraj and Nazriya gets a title- 'Koode'

A new mall in Kozhikode for the women by the women