A mere 54 years after Julie Andrews as Mary Poppins descended from the sky with her umbrella, working her magic with one downtrodden family onscreen in a movie destined to become a timeless Disney classic cherished by multiple generations of viewers worldwide, the practically perfect nanny has returned.

Mary Poppins Returns, directed by Rob Marshall is a classic in the most delightful way. The whimsical musical sequel pays homage to its predecessor, yet by and large thrives on its own merits.

A mere 54 years after Julie Andrews as Mary Poppins descended from the sky with her umbrella, working her magic with one downtrodden family onscreen in a movie destined to become a timeless Disney classic cherished by multiple generations of viewers worldwide, the practically perfect nanny has returned.

Mary Poppins Returns is set in London during the economic depression, aka the Great Slump of the 1930s – about a quarter-century after the events of the original film.

In the new version, Michael Banks (Ben Whishaw) a year after the death of his wife, remains a broken man, stumbling through everyday life in a haze, barely hanging on. To be sure, Michael is a devoted father to his children — Annabel (Pixie Davis), John (Nathanael Saleh) and little Georgie (Joel Dawson)- but without the help of the crazy but loving housekeeper Ellen (Julie Walters) and Michael’s selfless sister Jane (Emily Mortimer), he’d be lost.

In fact, even with their assistance, Michael is facing ruin. He’s on the verge of losing the family house on Cherry Tree Lane- the very house in which Michael and Jane grew up. Even worse, Michael is becoming increasingly impatient and distant with the children, and he’s in danger of forever losing sight of what really matters in this world.

That’s just about the time Mary Poppins re-appears and announces she’ll be taking on the role of the nanny for Michael’s children, because heaven knows they need some discipline and guidance. 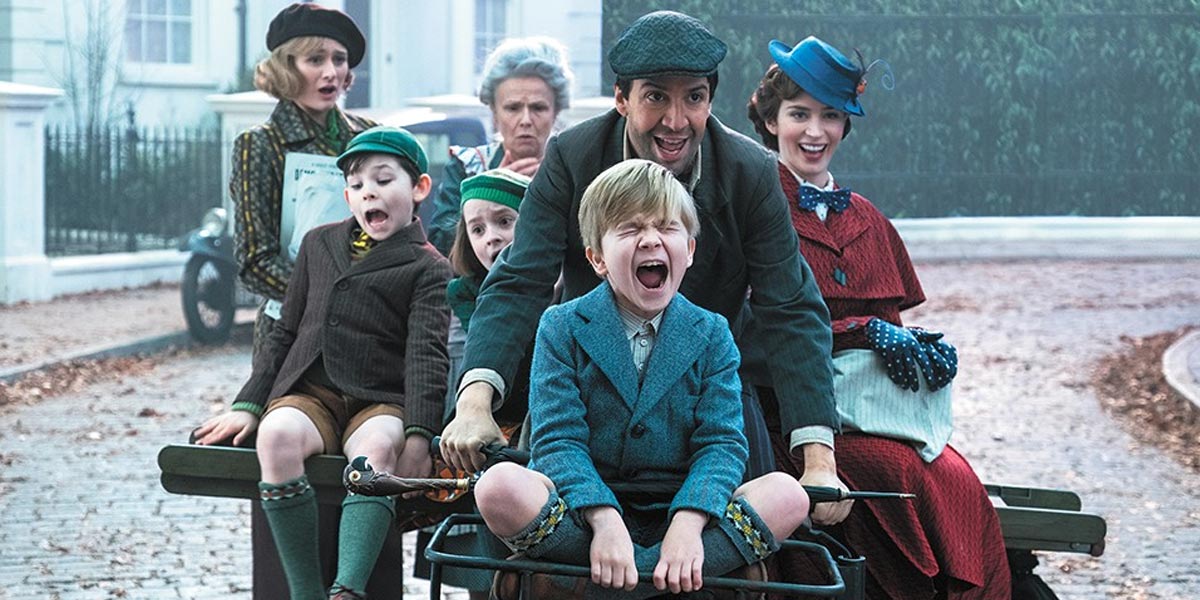 Just like that, a ordinary thing like bath time for the grimy, grumbling kids turns into an exhilarating and surreal underwater and on-the-water thrill ride.

Movie buffs will have a ‘supercalifragilisticexpialidocious’ time at the theatre watching Marshall’s people pleaser which pays tribute to the original film made in 1964.

The film has a more modern outlook and visual style, yet recaptures enough of its predecessor’s magic to feel like a worthy continuation. Those who are so inclined as thus advised to accompany the Practically Perfect nanny on her journey back to Cherry Tree Lane and its whimsical world of dancing lamp-lighters, talking umbrella heads, and other sorts of “impossible” things.

The sequel doesn’t really feel like a ‘necessary’ continuation of its predecessor from a storytelling perspective, it’s full of useful lessons for the generation of kids growing up today, yet also manages to nod to the difficulties of being a grown-up in the present.

Mary Poppins Returns is definitely a magnificent and joy-inducing holiday present for all of us.