By combining her two passions, Melody Hames produces some of the most unexpected and spectacular designs in the equine world.

Dubbed the “Horse Barber,” the design graduate has set up her own business clipping creative artwork into the hair of horses.

“They’ve all got a unique meaning,” Hames told CNN Sport. “I’ve always been into art and design anyway so I love to do it.”
The unusual passion was borne from an early age when Hames taught herself how to clip her own pony in a traditional manner. Her much loved pet suffered from Cushings disease meaning its coat didn’t shed properly so she would spend her time tending to it out of necessity. Friends would then ask her to clip their horses and demand spread through word of mouth.
Having identified an opportunity to create a traditional clipping business, one of her clients then requested a creative cut.
“I had never done it before but I’ve got the attitude of just saying yes and worrying later. So we did it and she put it online,” Hames said, in a phone interview from her home in Greater Manchester, England.
“All of a sudden more and more people started asking so that’s how it started.” 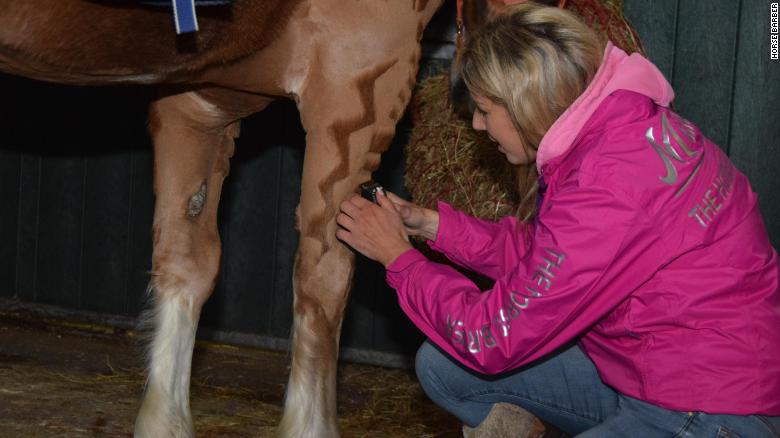 Hames is confident her work is entirely safe and holds the horses’ well-being at the forefront of her work. She believes the stigma around artistic clipping is borne from a lack of understanding.
“A lot of people who speak negatively about it don’t actually realize that the horses they see on TV are normally clipped.” she said, referring to racehorses.
“I just want to educate people that horses have been clipped for 100 years at least, probably a lot longer. It just so happens that mine stand out.”
Tags: horse barberMelody HamesUS
Next Post