Kalank starring Varun Dhawan and Alia Bhatt has already stolen our hearts with its posters and teaser. The movie has stirred anticipation among the fan base.

Kalank’s first song ‘Ghar More Pardesiya’ released today and it is a pleasant treat to the ears. A glimpse of the song was launched yesterday and we couldn’t wait for the song to drop. 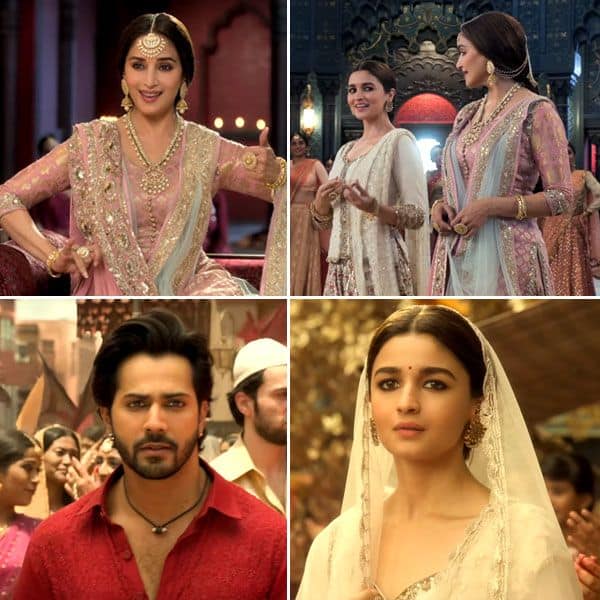 Ghar More Pardesiya is set against the backdrop of Husnabad and the vibrant and colourful streets of Heera Mandi. It also shows street actors enacting scenes from Ramayana. The song witnesses a fine blend of classical dance and drama, as Varun Dhawan (Zafar) soaks in the stunning extravaganza. Alia and Madhuri’s classical Kathak-Jugalbandi is breath-taking and the ethereal beauties reflect an elegant charm.

The song is penned by Amitabh Bhattacharya and composed by Pritam. Shreya Ghoshal has lend her heavenly voice to the track.

The teaser of Kalank was recently launched and it received positive responses from the moviegoers. Kalank which is set in the pre-independent India, is directed by Abhishek Varman. The movie is bankrolled by Karan Johar’s Dharma Production, Nadiadwala Grandson Entertainment and Fox Star Studios.

Have a look at the song here:

The flick is slated to hit the big screens on April 17th.