Reports suggest that the heavy downpour for the last 24 hours has resulted in improvement in the air quality from 'severe' to 'poor' category.

The national capital New Delhi and surrounding areas witnessed light winter rain for the second consecutive day accompanied by thunderstorms and strong wind here on Tuesday morning. The India Meteorological Department (IMD) had earlier predicted cloudy sky along with drizzle. The minimum and maximum temperature will be likely around 9 and 21 degree Celsius through the day.

New Delhi and its neighbouring areas have been witnessing a sudden spell of rains accompanied by thunderstorms post-Monday afternoon. The continuous showers had led to a decent dip in the temperature.

“Another Western Disturbance would affect Northwest India from January 24 onwards”, warned the IMD. Delhi received the wet spell on Monday due to western disturbances, IMD added.

“Generally cloudy conditions with light to moderate rainfall at most places and isolated thunderstorm activity accompanied with strong surface winds most likely during January 21 and 22”, the weather department said. 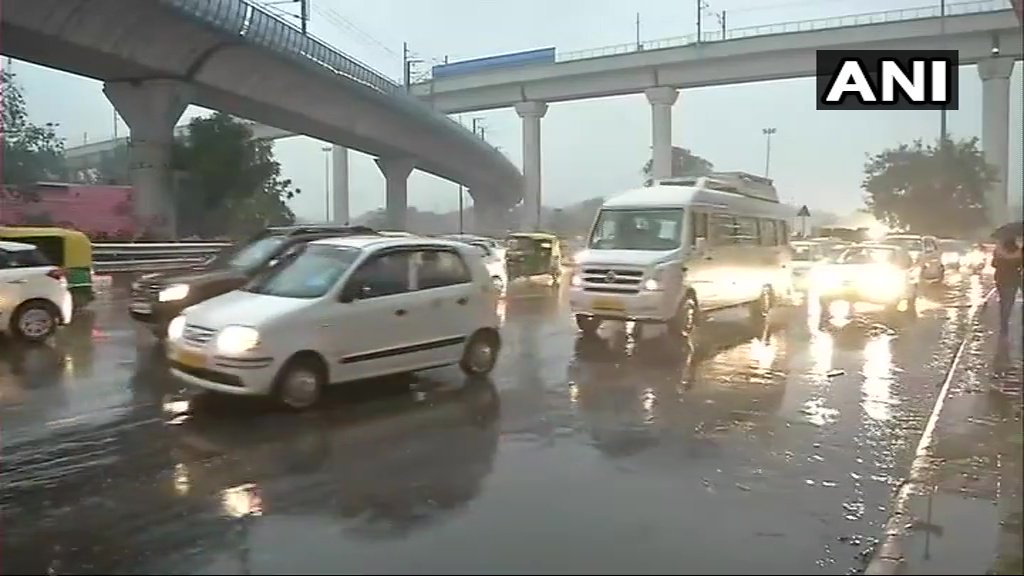 Various reports suggest that the heavy downpour for the last 24 hours has resulted in improvement in the air quality from ‘severe’ to ‘poor’ category.