Kummanam gets trolled again by social media; This time for wrong spelling

BJP state president Kummanam Rajasekharan has become the latest politician to face the wrath of twitterrati after he got trolled for misspelling POCSO as POSCO.

Kummanam’s goof up was noticed in his tweet along with the news on the incident of a CPM leader who was nabbed by the police for peeping on a 17-year-old girl when bathing in Eramangalam.

Kummanam realised his mistake only when he was trolled by twitter users and later carried to facebook by social media users. 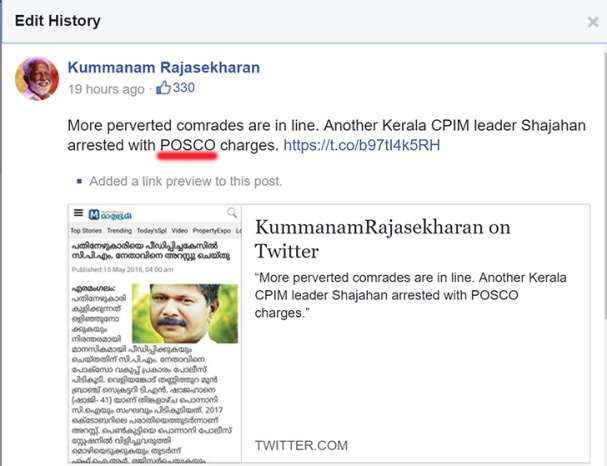 “More perverted comrades are in line. Another Kerala CPIM leader Shajahan arrested with POSCO charges.” This was Kummanam’s first tweet. However, after he came to know about the mistake, he corrected the spelling to POCSO.

Meet Yasodamma; owner of hotel which serves food for humanity and don't charge for hunger