Kerala is always been craziest football fans. FIFA World Cup season is the most celebrated season always. The football has taken over everything including wedding. Jobin and Irene from Thrissur recently celebrated their union with an all-out Argentina-themed wedding. The couple, who got married in the St. Mary’s Church and had their lunch party at the St. Aloysius Wedding Hall in Thrissur, had wedding decor which consisted of blue and white banners, flex boards and hydrogen balloons — colours of the Argentinian flag. 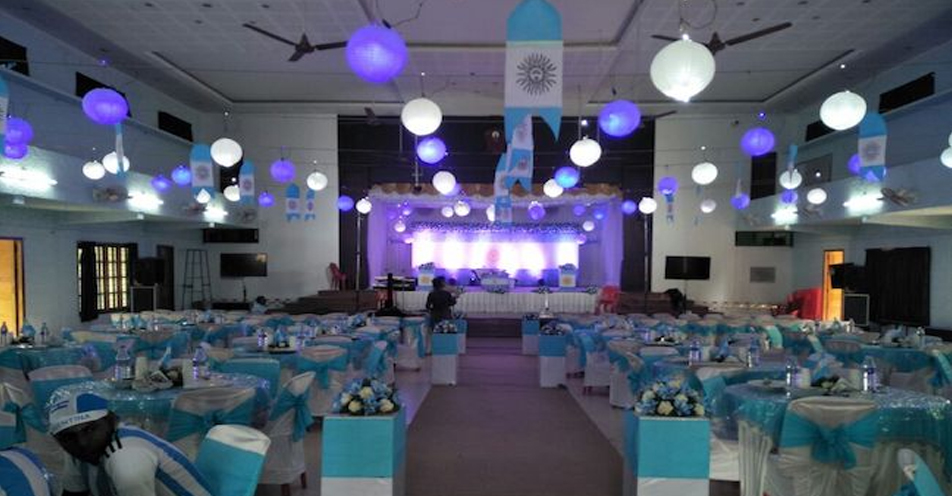 The groom, Jobin, is a huge fan of the Argentina football team. So that they planned everything according to the color of Argentinian flag. The material was easy to access as there is so much fan support for Brazil and Argentina here. Jobin’s friends also awarded him a replica of the FIFA World Cup trophy to congratulate him.

Blue and white balloons were lined up along the aisle and as the couple walked inside, friends handed them over to the couple. The balloons were then released as a bunch by the couple. The wedding feast was also served by around 30 staff and all of them wore Argentina jerseys. Many more people have been came up with photo shoot ideas with the theme of world cup.

For newlyweds Monisha and Roshan, who got married on May 27, having a fun pre-wedding photoshoot was a must.

The couple roped in Aneesh Thrithalloor, a wedding photographer from a Thrissur-based studio Different Point. Based on Aneesh’s idea, the couple did an exciting and fun-packed ‘Brazil – Argentina’ shoot in Thrissur.

“We wanted to do something that would be catchy and I follow the world cup every season. So Aneesh suggested we do a football themed photoshoot,” says Roshan. 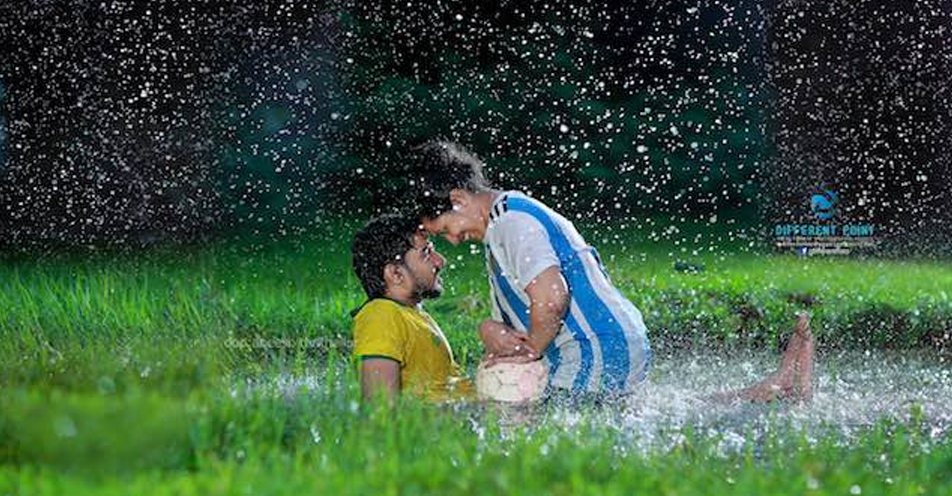 The quirky photoshoot has captured the couple having fun kicking the ball in the rain. The bride, Monisha, is clad in the Argentinian blue and white while the groom, Roshan, is sporting Brazil’s yellow jersey.