women are not safe as cow in India; protest for Kathua girl crosses boundaries 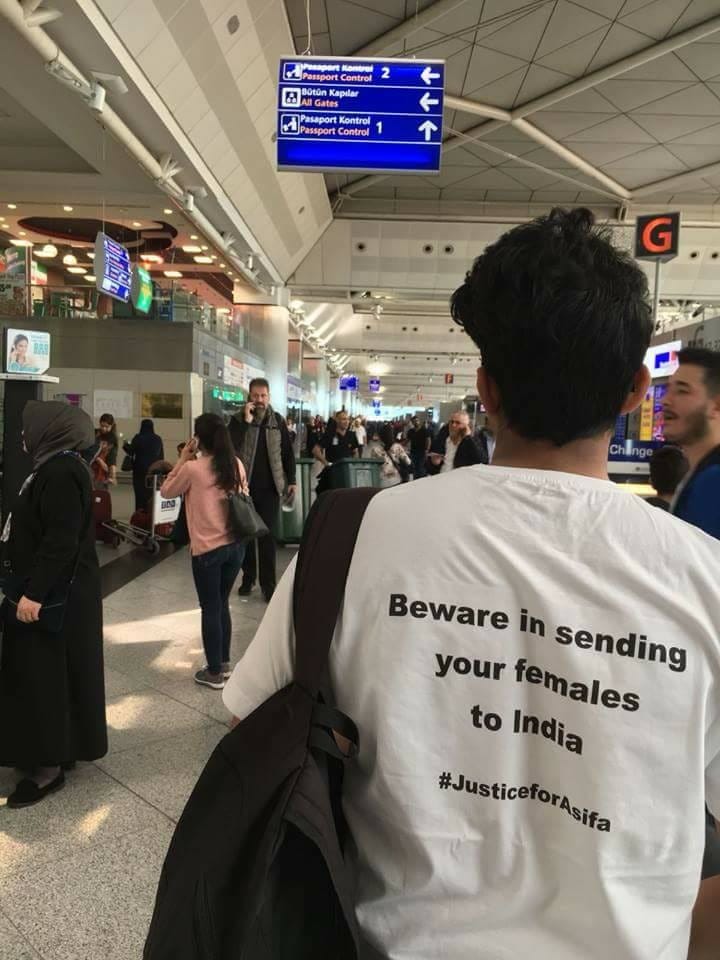 In turkey Ataturk airport passengers marked their protest by wearing t-shirts with hash tags justice for Asifa. It also put strong criticism on narendra modi government and sangh parivar. The text on t – shirt reads as women are not (as) worthy as cows in India. It also warns women not to visit India, as its grave for women. 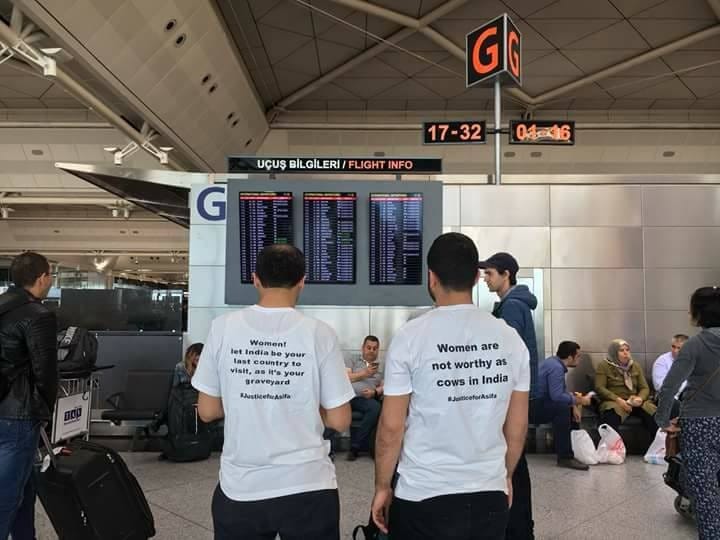 The united nation has protested against the Kathua incident and protest is intensifying within the country. The protest is been now spread to different countries. Two bjp ministers have resigned for supporting the accused in Kathua rape case. Uttar Pradesh bjp mla Kuldeep Singh Sengar is been arrest in unnao rape case.

Sachin Playing cricket got viral; this time it's gully cricket