Its huge; Simran to work with Rajinikanth for first time, Nawazuddin will make South debut

Now it’s official! Sun Pictures has announced that Simran, who missed out on a chance to share screen space with the superstar in Chandramukhi, has officially been brought on board to play the female lead in the yet-untitled flick.

Another important addition to the cast is Bollywood actor Nawazuddin Siddiqui, whom we last saw in the Tamil version of Sridevi’s film Mom. Sources close to the project say that Subbaraj has given the powerhouse performer a key role in his film. You may remember that the B-town actor initially dismissed speculations regarding his inclusion; reportedly saying, “If it were true, it would be great. But no, there’s nothing like that happening.” 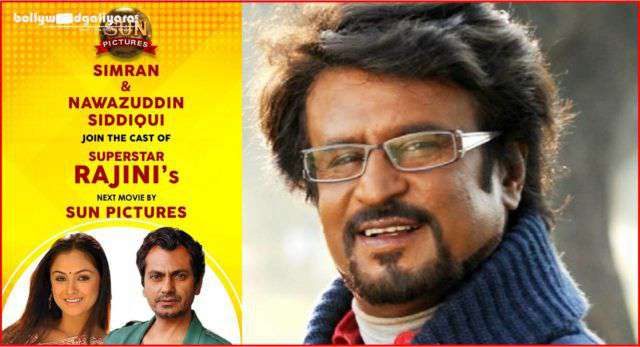 The film’s team has already completed one schedule in Darjeeling, and they’re now in Dehradun for the second schedule, where they’ve been joined by Simran. Insiders reveal that since it is next to impossible for Rajinikanth to shoot outdoors in Madurai; a huge set resembling the city is being erected at a studio in Chennai for the film’s climax to be shot.

Apart from Rajinikanth and the new additions, the film’s ensemble cast features Vijay Sethupathi, Bobby Simha, Sanath Reddy and Megha Akash. Rumour has it that Anjali will also be a part of the project.