India jointly topped the standings with Hungary with three gold medals, but managed to secure only one Olympic quota.

India’s gold rush at the International Shooting Sport Federation (ISSF) World Cup in Delhi continued on day 4 when the pair of Manu Bhaker and Saurabh Chaudhary bagged a gold in the 10m Air Pistol Mixed Team.

The teenage sensations claimed top spot with a total of 483.4 points, which was almost 5 points ahead of the Chinese pair that finished in second place with 477.7. The duo had already equalled the world record in the event during the qualifying stages with a score of 778 points. 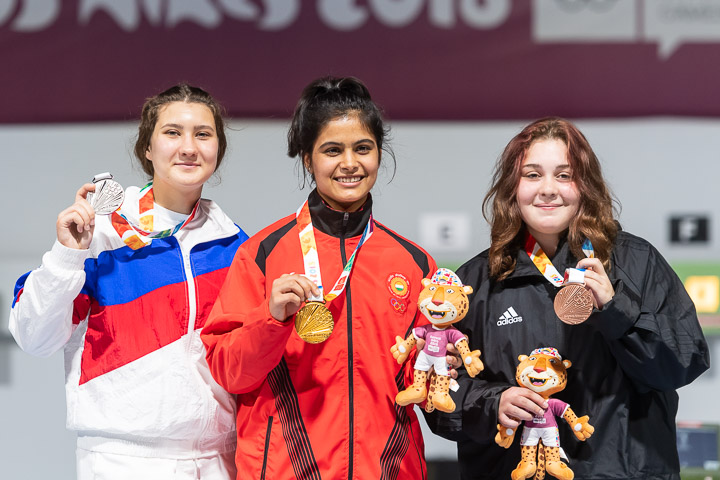 However, they bettered their performance in the finals of 10m air pistol mixed team event to emerge as the winners while comprehensively beating their Chinese counterparts. In the qualification rounds, Bhaker scored 385 while Chaudhary got 393 to equal the world record score of 778. They were the only Indian pair to make it to the final after Heena Sidhu (384) and Abhishek Verma (386) fell short of the five-team final as they finished ninth with a score 770. 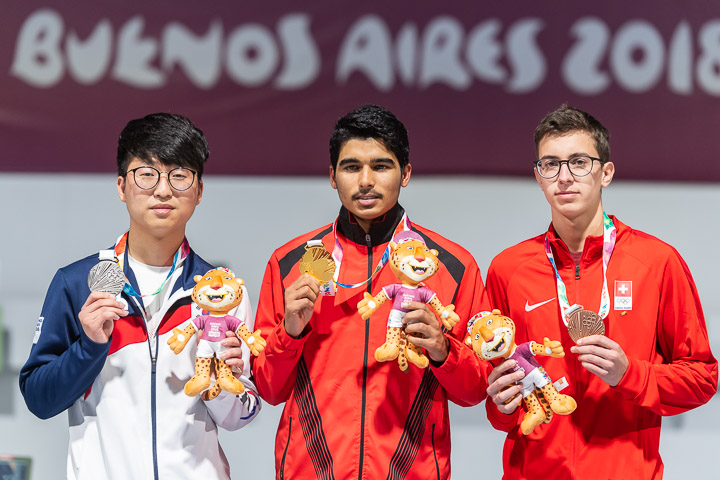 In the 10m air rifle final also, no Indian could reach the final. Anjum Moudgil and Ravi Kumar marginally missed the five-team final after coming seventh with a score 836.3. Meanwhile, Apurvi Chandela (the Gold medallist in the individual event) and partner Deepak Kumar were placed 25th with a score of 831.

This was India’s third gold medal at the ISSF World Cup so far with Saurabh bagging two and Chandela grabbing one in 10m air rifle.

This was Chaudhary’s second gold at the event after he bagged his first senior gold shot in the men’s 10m air pistol event with a world record score of 245.0. The gold medal victory also helped India book a spot in the 2020 Tokyo Olympics. Saurabh also holds the junior world record.

US, Britain And France Move UNSC To Ban Masood Azhar