by Dayana Antony
in India
0

The Indian Air Force on Friday trolled Pakistan with a Hindi poem suggesting that its Mirage 2000 fighter jets had to cross over into Pakistan as Islamabad had crossed its limits by attacking CRPF personnel in Pulwama. 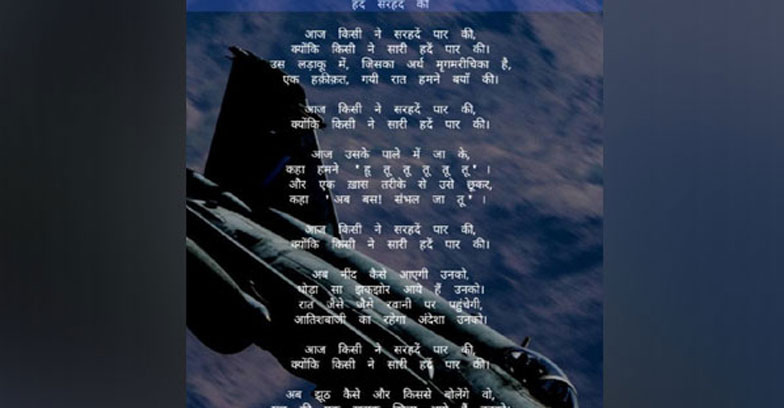 The Hindi poem begins like ‘Mrigamarichika'(Mirage)had to cross over the boundaries as someone had crossed all the limits.

The poet has hinted about the cross-border strike by the Air Force on the night of February 26 in which 26 Mirage 2000 fighter jets crossed over the line of Control in J&K and destroyed the JeM terrorist training camp.

Kummanam Rajasekharan resigns as Governor of Mizoram, likely to be pitted against Shashi Tharoor in Lok Sabha polls