by Dayana Antony
in International, Internet
0

The Google on Friday celebrated the International Women’s Day 2019 with the inspirational quotes across various languages by thirteen international female trailblazers.

The Google Doodle appears like a scrapbook with 11 colourful dialogue boxes in 11 languages with the word ‘woman’.Then if one clicks the centre doodle box there appears 13 inspirational quotes slide show,including two quotes from India.

Mary Kom’s quote reads,”Do not say you are weak,because you are a woman”. 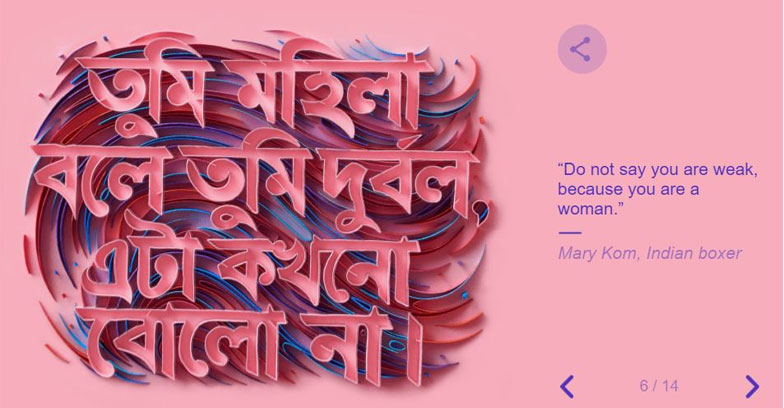 Kummanam Rajasekharan resigns as Governor of Mizoram, likely to be pitted against Shashi Tharoor in Lok Sabha polls