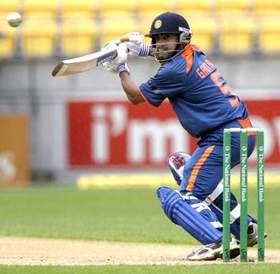 India’s one of the highest run scorer opening batsman Gautam Gambhir  announced his retirement from all forms of cricket on Tuesday.This left-handed batsman is all set to end his 15 year long international career where it started.  He will retire after the upcoming Ranji Trophy fixture against Andhra Pradesh on December 6 at Feroz Shah Kotla, where he started his almost two decades long cricket journey.

Gautam Gambhir,who represented India in 58 tests scoring 4119 runs at an average of 4295 having 9 hundreds and 22 fifties, having  5238 runs from 147 ODIs and a total of 932 runs from 37 T-20s. He is the only Indian batsman who continuously scored above 300 in four consecutive test series.Moreover, he is a well known face of IPL, entitled as the fourth highest run-fetcher in IPL, with 4217 runs in 152 innings at an average of 31, including 36 half-centuries. Initially he was in Delhi Daredevils team, then he moved to Kolkata Knight Riders in 2011. Under his captaincy, Kolkata Knight Riders won their IPL title twice, in 2012 and 2014 respectively.

In 2008 he was awarded with Arjuna award, India’s second highest sporting award,by the president of India. Also in October 2018, he entered the 10000 runs club during the quarter finals of Vijay Hazare Trophy.

Gambhir announced his decision through a video post on his Facebook page, thanked his team-mates, coaches and his family for their support, and specially mentioned the help from former Australia batsman Justin Langer.

“At some stage, I would like to share the retired cricketers tag and would like to recycle myself to be useful for something else in cricket and beyond, let’s see,” said Gambhir, who added that he was glad to finish his career with the same team where his cricketing life of close to two decades started.

'I Am Lucky To Be Part Of Exciting Projects, Want To Be In This Pressure Zone': Vicky Kaushal

A reception dress up engrossed when 80 craftsmen worked 12000 hours