See the inside pictures of their private wedding Function!

After a decade long relationship,Miley Cyrus and actor Liam Hemsworth  tied the knot in a private function at Miley’s home in Franklin, Tennessee.

In November Miley and Liam lost their houses in California due to wild fire and since then living in Miley’s home at Franklin. 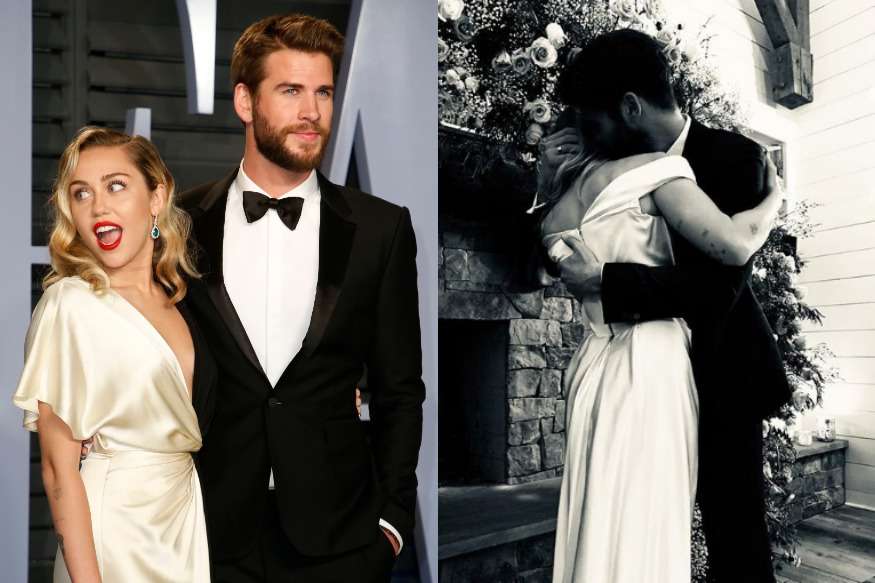 The singer, who she is 26, shared black-and-white images of their intimate ceremony, reported to have been held on Sunday, on social media. She posted a series of photographs of her with Hemsworth.

In the photographs,Miley was dressed up in a floor-length white gown and Liam in black tux as they share hugs and kisses.Posting the photographs in Instagram Miley wrote” and 10 years later”. 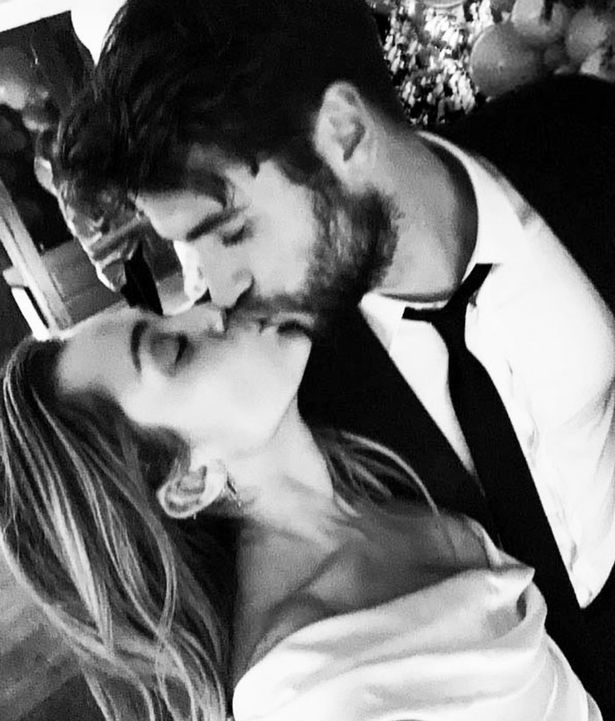 The duo were dating since 2010,fall in love with each other at the sets of the movie The Last Song.

The wedding venue where arranged with’Mr and Mrs’ balloons in the photos, as well as cream cupcakes.