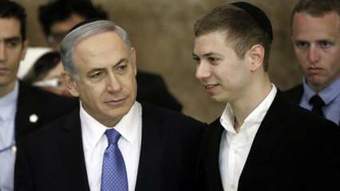 His account was blocked on Sunday,for 24 hours,after he call out for “avenging the deaths” of two Israel Defense Forces (IDF) soldiers who were killed at the West Bank in Gaza, last week. Through his post he indirectly demanded all Muslims to leave

In his post he wrote,”Do you know where there are no attacks? In Iceland and in Japan where coincidentally there are no Muslims,”

In another post his words indicated he prefer Muslims over Jews to leave,to stop the war.

Facebook has recently removed his posts,calling it ‘dictatorship of thoughts’.After Facebook’s action he wrote on twitter,”Unbelievable. Facebook blocks me for 24 hours for simply criticising it! Thought police,”.

5 killed, more than 100 got injured by massive fire at a hospital in Mumbai

Artificial Intelligence and IoT in India can harvest billions of dollars: International conference on AI and IoT India 2018