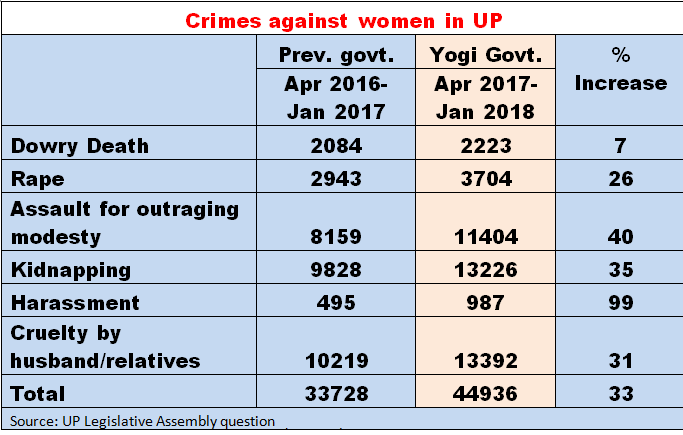 There have been 761 more rapes in the state, while molestation cases shot up by over 3,000. Close to 3,400 kidnappings were reported, while cases of sexual harassment doubled.

The details of crime comes in the wake of rape charges against BJP MLA Kuldeep Singh Sengar and  opposition parties puts allegations on the government pointing out they are protecting the accused. Case is under cbi investigation now.