Being Gay is not any more crime in the country; SC Decriminalised Section 377

The Supreme Court on Thursday legalised gay sex and decriminalised Section 377 of the IPC, holding out promise of a new dawn in personal liberty.

The five judge-bench headed by Chief Justice of India Dipak Misra delivered the verdict on Thursday.

While reading out the verdict, CJI Dipak Misra observed that, LGBT Community has same rights as of any ordinary citizen. Respect for each others rights, and others are supreme humanity. Criminalising gay sex is irrational and indefensible. 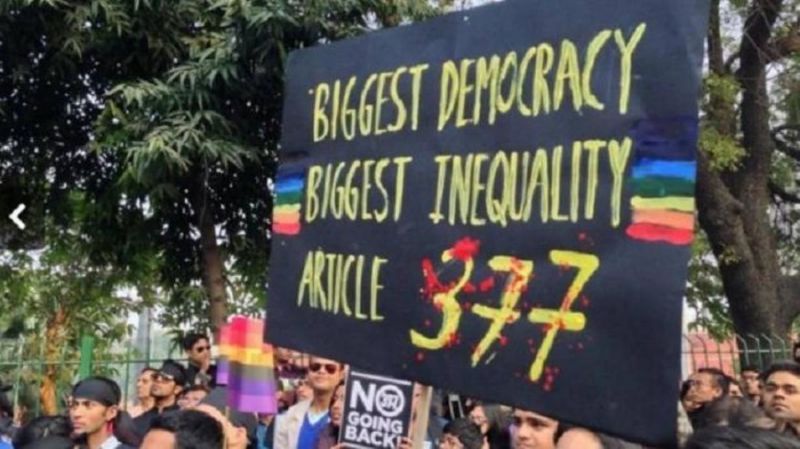 “No one can escape from their individualism. Society is now better for individualism. In the present case, our deliberations will be on various spectrums,” CJI Misra said.

“Sustenance of identity is the pyramid of life,” CJI Misra added.

The Supreme Court had in 2013 restored Section 377, a British-era law that bans gay sex. It had overturned a landmark judgement by the Delhi High court in 2009 which had ruled that consenting intercourse between two adults was not illegal.

Before their entry, the battle was fought since the early nineties by NGOs, the Naaz Foundation being one of them.

While reserving the verdict on July 17 this year, a bench of CJI Dipak Misra and Justices R F Nariman, A M Khanwilkar, D Y Chandrachud and Indu Malhotra brushed aside as “far-fetched” the arguments from opponents of decriminalisation of Section 377 that it could also legalise incest, group sex and sodomy.

The top court had also said, “no one should have to live in fear because of their sexuality.”

The five petitioners had argued that Section 377 violates rights principles enshrined in the constitution, like equality before law, no discrimination based on religion, race, caste, sex or place of birth and freedom of speech and expression.

The Supreme Court had in 2013 cancelled a Delhi High Court order that had decriminalised homosexuality by overturning the outdated law and said it was the job of Parliament to decide on scrapping laws.

Section 377 of the Indian Penal Code bans “carnal intercourse against the order of nature with any man, woman or animal”.

Gay sex is punishable by up to 10 years in jail under the 1861 law. Prosecution under Section 377 is, however, not common, but activists complain that authorities use the law to harass or scare gay people.

Here's everything you need to know About Section 377