by Dayana Antony
in News, World
0 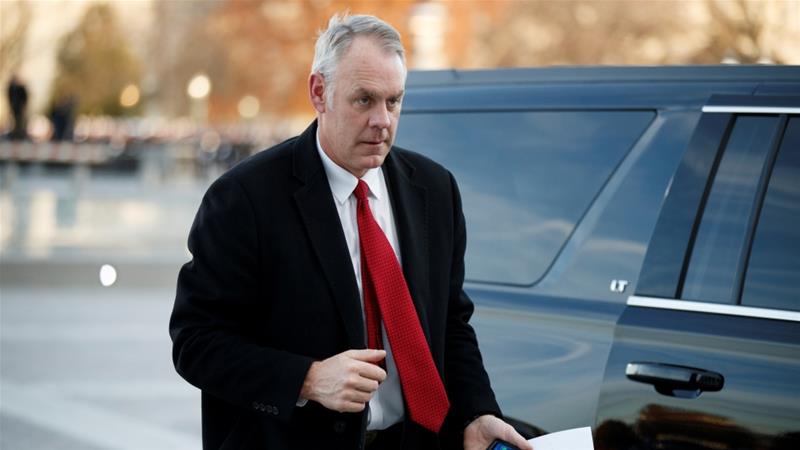 Ryan Zinke, the interior secretary of US president Donald Trump to leave his position by this month.He is the latest to step down in a series of high profile step downs from administration panel.

On Saturday, president Trump announced the forgo of his interior secretary following the allegations against him regarding costly US Park Police helicopter flights o Washington DC for a horseback ride with Vice President Mike Pence, and several other flights on non-commercial aircraft. There was also an allegation regarding  his lavish maintenance by spending  139,000 US dollars to upgrade three sets of double doors in his office,which he claims spend only $75,000.

This former mariner turned politician from Montana is already facing an investigation on  his department’s intentional act of redrawing the boundaries of Utah’s Grand Staircase-Escalante National Monument in a way that would benefit a state legislator who owns adjoining property and his decision on rejecting casinos proposed by two Connecticut Native American tribes.

Zinke is one among the active members in Trump’s administration, who supports Trump’s agenda to promote oil drilling and coal mining by expanding federal leasing, cutting royalty rates and easing land protections.Thus he also become a pet of  the US energy and mining industries and a prime target for conservationists and environmental groups.

Earlier this month,Trump announced his chief of staff, John Kelly’s resignation which was in a series of set backs after that of  the secretary of state, two national security advisers, an attorney general and the head of the US environment agency left the Trump circle.