20-year girl becomes fastest Asian to cycle round the globe

India’s Vedangi Kulkarni, aged 20 becomes the fastest Asian to cycle around the globe. Hailing from a suburban area in Pune, she covered a distance of about 29,000 kilometers in 159 days and cycled to Kolkata . She wheeled about 300 kilometers every day and covered 14 countries during her journey.

She booted up from Perth in July and will now be flying back to the Australian city to complete the record. During her ardent journey, she faced many natural and man-made hindrances which included being chased by the grizzly bear in Canada, and was even robbed at a knife-point in Spain.

“Preparations for the ride began about two years ago with long cycle rises, getting the equipment including a specially crafted cycle and planning the route and time window”, said Vedangi. “My parents have done a great job in giving a 19-year-old (she turned 20 on the ride) all the required mental support and encouragement to explore the world, standing strong when the going got tough, always being on the other end of the phone and at not letting curiosity die out due to ill experiences even though the parental instinct told them otherwise”, reported Times of India. 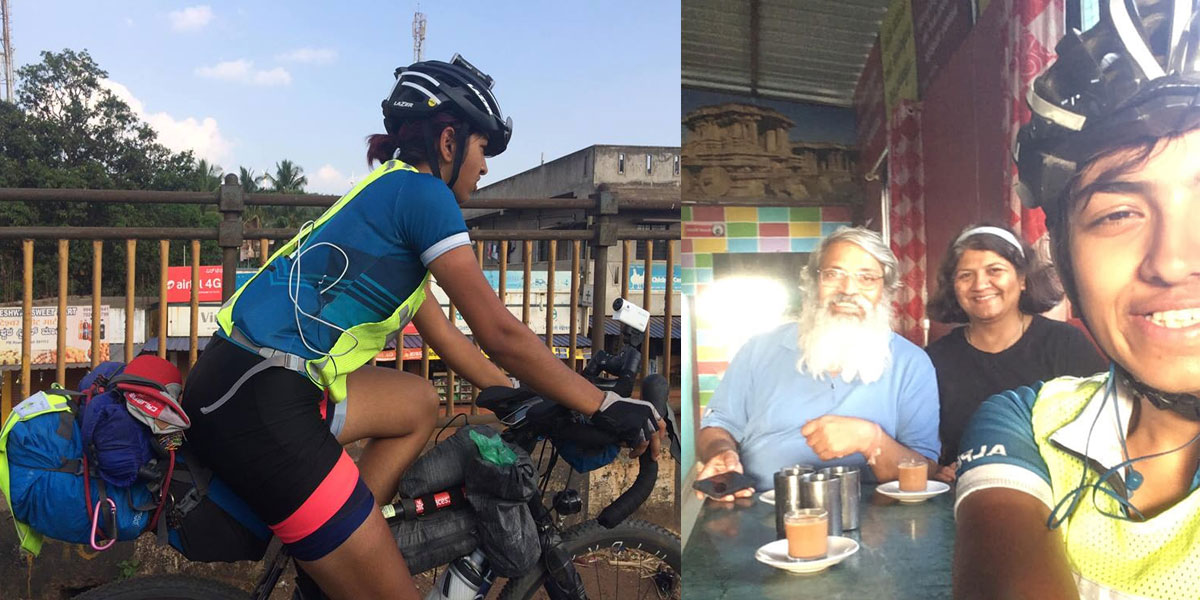 Rahul Gandhi wrote, “Congratulations, Vedangi! This achievement speaks volumes about your dedication, your conviction and your ability to dream big! More power to you!”, on his official Facebook page congratulating on her success.

Thirty-eight year old British adventurer Jenny Graham was helmed the fastest woman to have cycled the globe in 124 days this year.