Two Suryakiran aircraft of the Indian Air Force (IAF) crashed in Yelahanka air base in Bengaluru on Tuesday. Bot the pilots are believed to be safe. The crash come days ahead of Aero India show, scheduled to take place between February 20-24 in Bengaluru.

The aircraft were a part of the aerobatic display team that had arrived at Bengaluru from Bidar, ahead of the Aero India show. The crash happened when two of the aircraft suffered a head-on collision during a rehearsal. The pilots ejected safely and are undergoing treatment at a medical facility at the airbase. 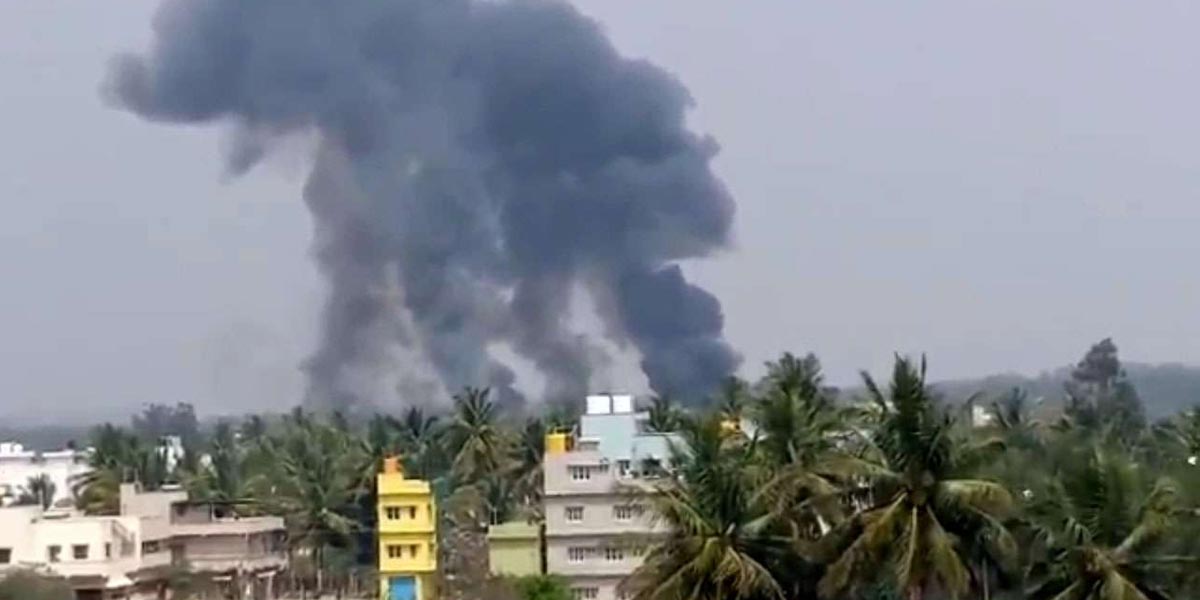 News agency ANI reported that one civilian was hurt following the crash. “Both pilots have ejected, the debris has fallen near ISRO layout, Yelahanka new town area,” ANI cited police sources as saying.

According to eyewitnesses accounts, two ejections were seen from the aircraft. The crash is an addition to a series of aircraft crashes witnessed over the recent past involving various aircraft of the IAF. The crash comes just days after a Mirage 2000 aircraft of the IAF crashed in Bengaluru on February 1.