The fire broke out on the top floor of Hotel Arpit Palace in central Delhi's Karol Bagh, an area popular with tourists.

More than 20 fire tenders were rushed to the spot to douse the flame in Hotel Arpit Palace, new agency ANI reported. The hotel staff also tried to douse the fire. 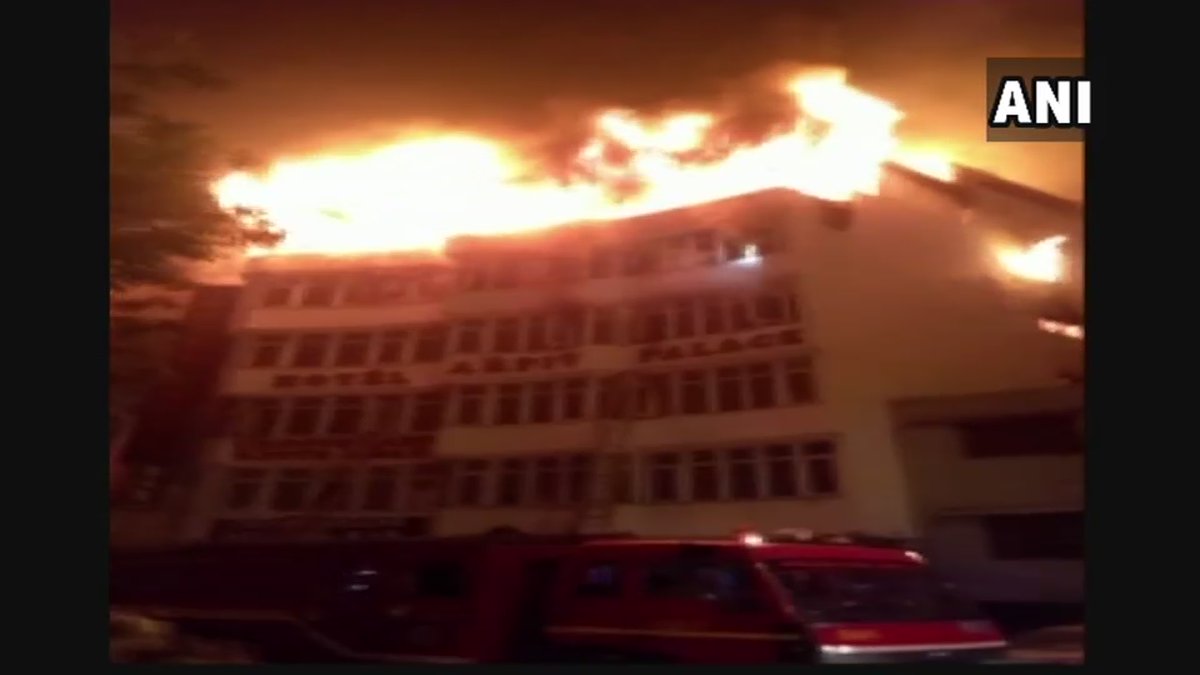 At least 45 people, who were trapped inside the hotel, have been rescued by the fire department while the injured were rushed to a hospital for medical treatment. The cause of the blaze is yet to be ascertained.

“Cause of the fire is yet to be investigated. 30 fire tenders were rushed to the spot. The rescue operation is over. There was a wooden paneling on the corridor because of which people were not able to use corridors to evacuate, therefore two people jumped off the building,” Vipin Kental, a fire official said, ANI reported. He further informed that the hotel did have NOC, and exit passages.

Another fire official said that fire has been doused, and the bodies were being retrieved.

Earlier in November 2018, four people were killed after a broke out at an illegal workshop in Karol Bagh.